Browse our resources to discover how to fully utilize the power of Traitify's personality assessments. 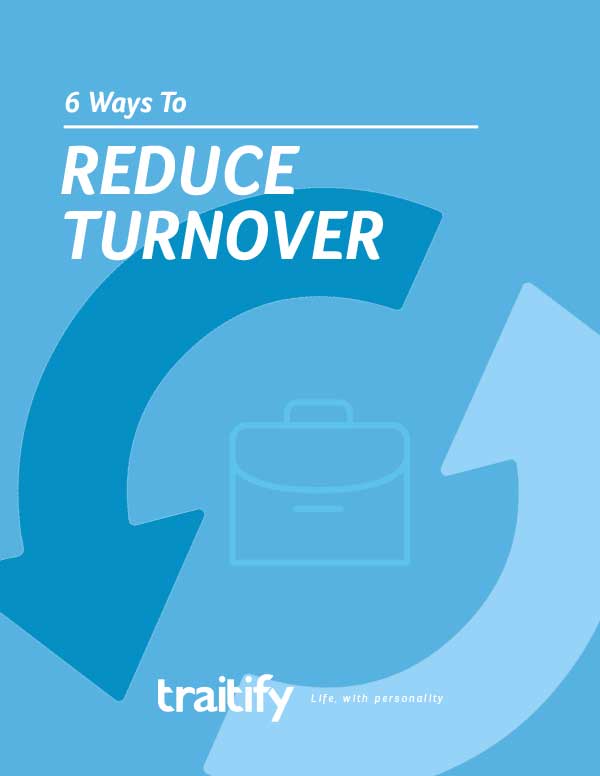 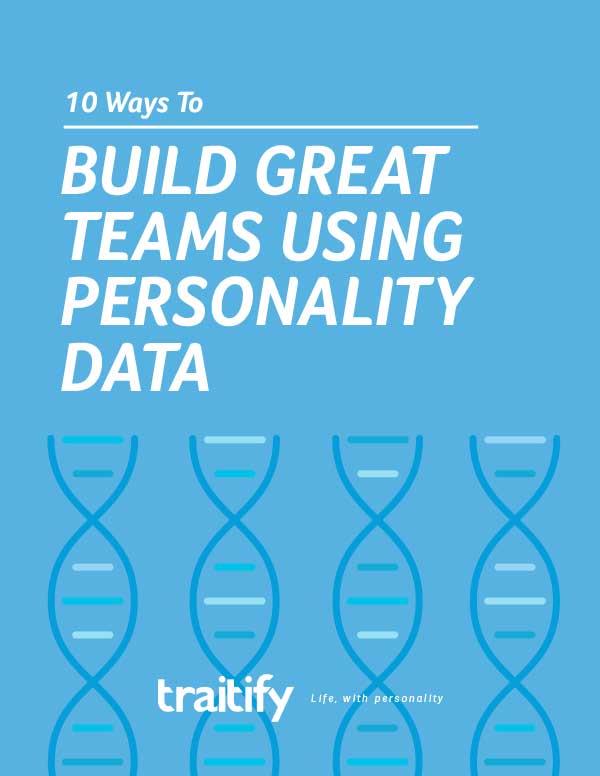 The Costs of Turnover

6 Steps That Can Reduce Turnover

In the first four months of 2016, the cumulative employee quit rate—a.k.a. the percentage of workers leaving their jobs on purpose–was higher than it had been for any four-month period since 2007. That’s a big deal: It means employers can no longer rely on a bad economy to keep their workers from leaving.

Good employers don’t want employees to feel “trapped” by a bad economy, but in the last few years, a lot of employers have gotten a little complacent anyway, putting less effort into employee engagement and retention than they could be. The proof? Less than one-third (31.5%) of U.S. workers were engaged in their jobs in 2014, according to a Gallup poll, and a full 17.5 percent were “actively disengaged” – i.e. phoning it in and looking for a new job.

That’s not good for productivity, nor is it good for employee retention, as even your best employees, if treated poorly, will eventually start to slack off and eventually look for a new job. But even if you’re doing everything right, some employees are going to leave, whether for greener pastures or because they simply aren’t the right fit. In fact, in 2011, companies spent $45 billion on recruiting only to see 46 percent of new hires still leaving after a year. Yikes!

The Costs of Turnover

Turnover can be costly; add up all the time training a person who didn’t work out, the lost opportunity costs of a vacant position, the time managers spend interviewing instead of managing, and you’re looking at a significant spend: ERE Media estimates that the cost of replacing an entry-level employee is 30-50 percent of that position’s annual salary, rising with higher level workers.

Salary and benefits certainly play a role, but pay is not the leading factor in job satisfaction. It’s up there for sure, and paying competitively is important—but more than that, employees want to feel valued, that they are part of something bigger, and that they are a fit with their company’s culture. People often leave jobs because of a disagreement with a manager or colleague—in other words, they’re not going to a new job but away from the job they have with you. Here’s how to put that to a stop.

6 Steps That Can Reduce Turnover

You can reduce turnover, but never entirely eliminate it. That’s OK, as that’s the goal! You’ll always have a few low performers who you may want to gradually part ways with. For the rest, though, you want to keep ‘em. Here are six steps that can help.

Excessive turnover costs your company a lot. It costs time and money to replace people—money and time that could be spent growing your business instead.

Following the steps to reduce turnover, including starting with the right fit, encouraging creativity, and offering rewards—financial or otherwise—not only reduces turnover but also creates a culture where employees feel valued and love to come to work every day.

Great teams are made up of great people. It sounds obvious, but think about it: You could put a team together simply by saying you want your smartest employees — judged by SAT scores or college GPAs or where they got their degree — but that doesn’t take into account the people behind those numbers. Research actually shows that the smartest teams aren’t just made up by lumping the biggest IQs together.

So, when putting together a team for a new project, you’ll want to consider the whole person: their strengths, weaknesses, preferred communication style — in a word, their personality.

A team should have a variety of personalities on it. Just like a great sports team, a great work team needs every member to play a different role, but all need to be aligned on common goals and challenges.

Here are 10 ways to build great teams using what you know of team members’ personalities.

Building a group of all-star employees has always been a key to success, and a tricky one at that. If you don’t find people that mesh well together, you’ll see turnover, and a team that begins to unravel.

Engaging with personality data is a powerful tool that can give you insights into your own working style and that of your employees, coworkers and team members. While it’s not the be-all and end-all of creating a great team, it’s an important ingredient that can make a good team even better.

Available for Clients and Partners 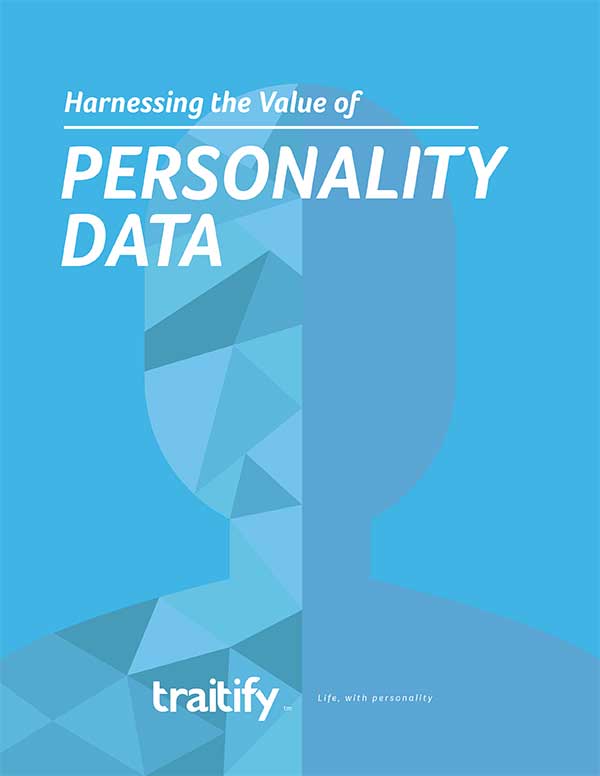 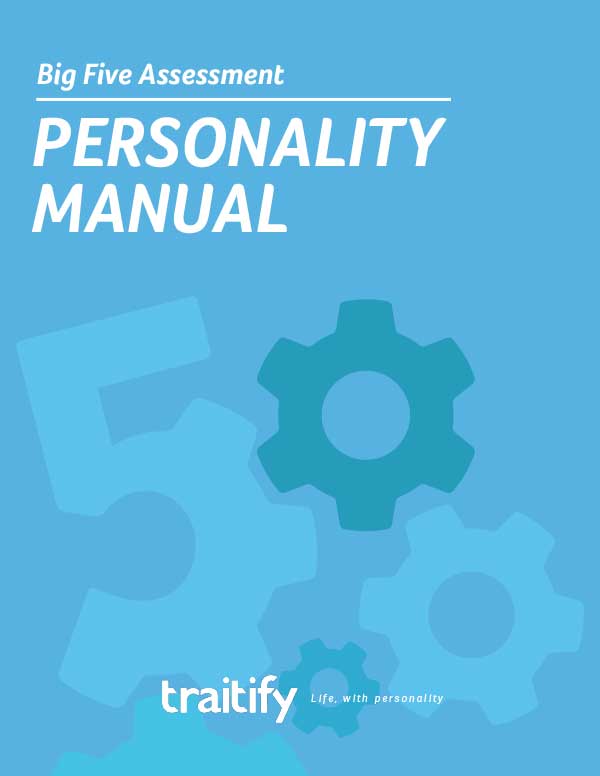 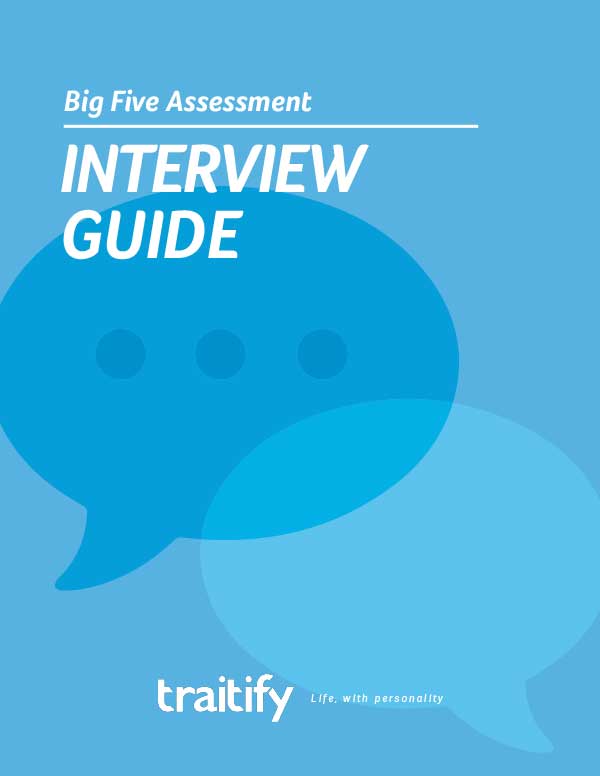 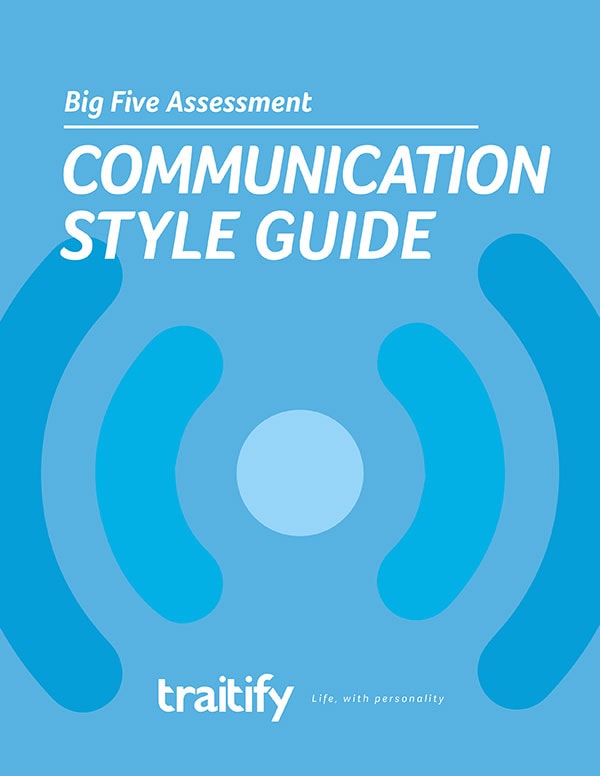 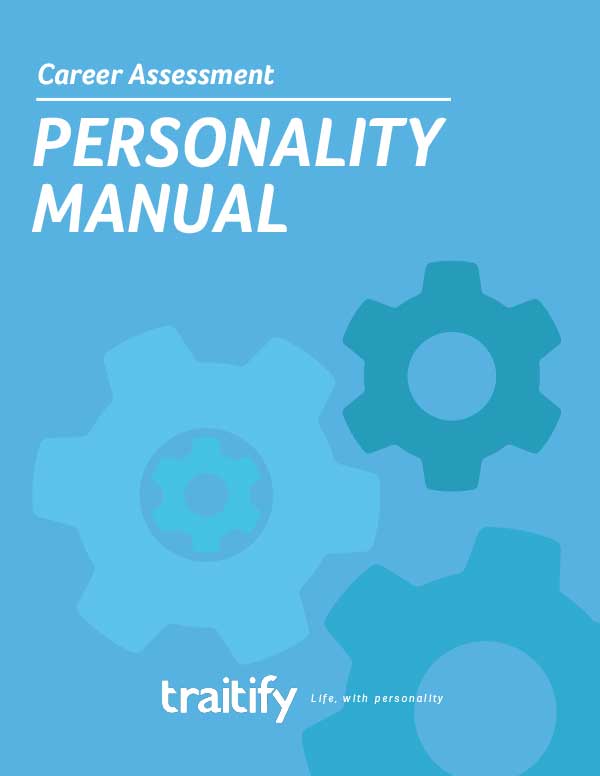 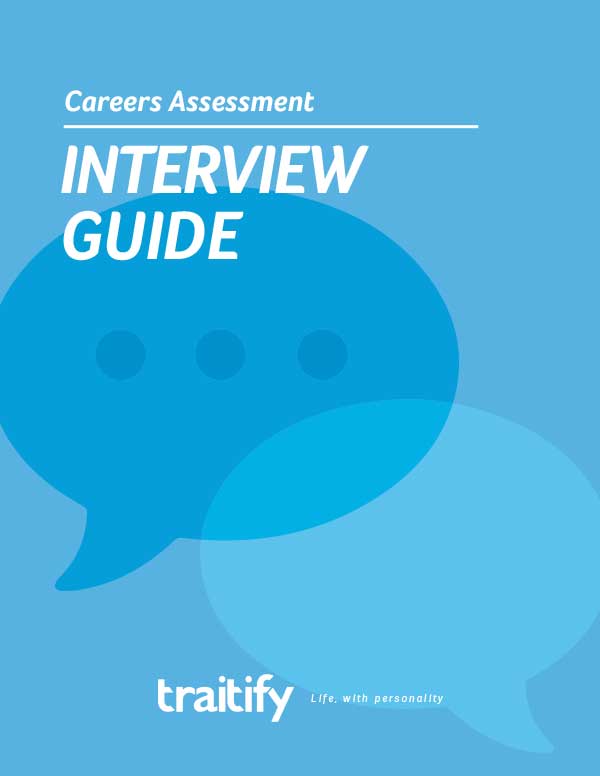 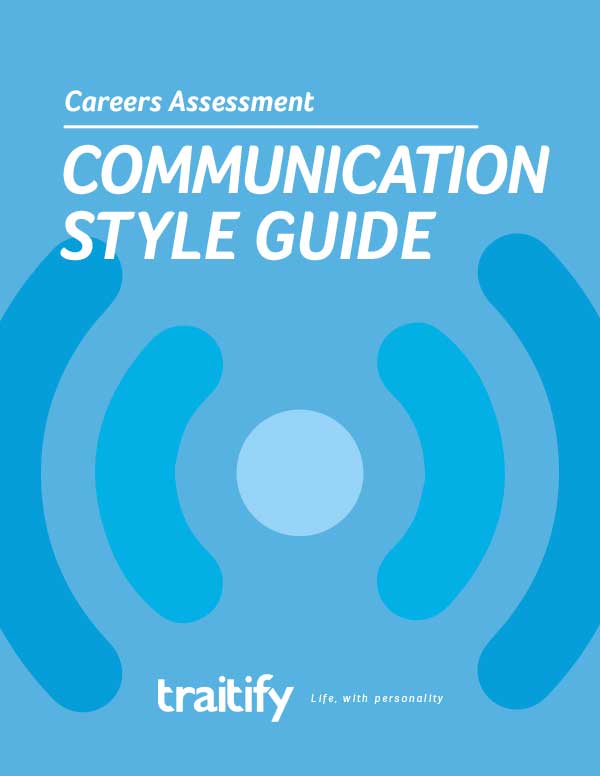 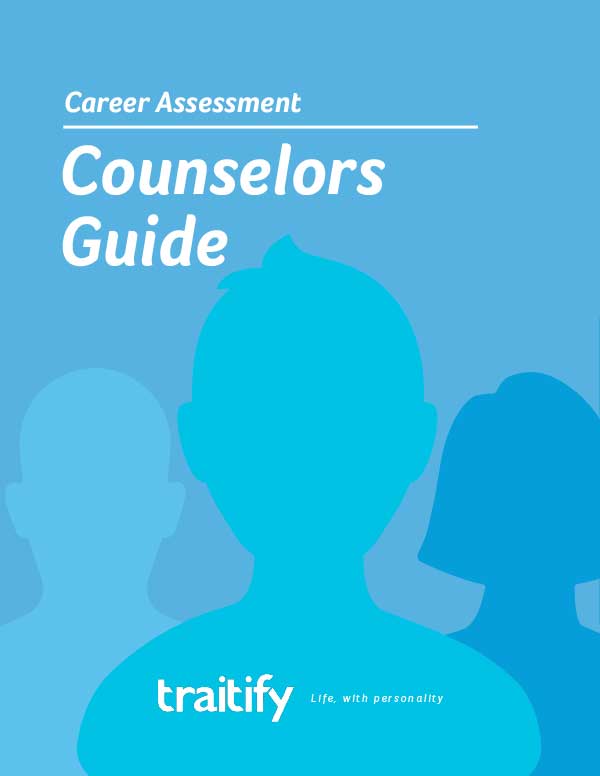 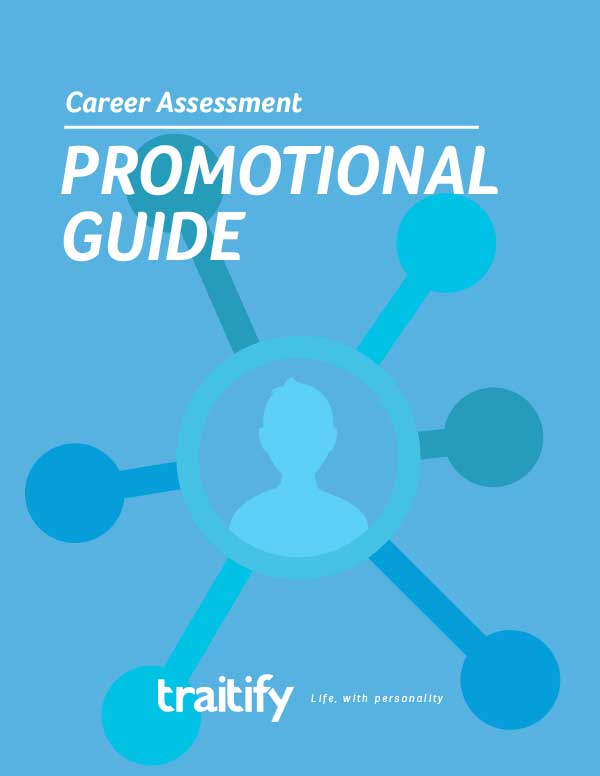 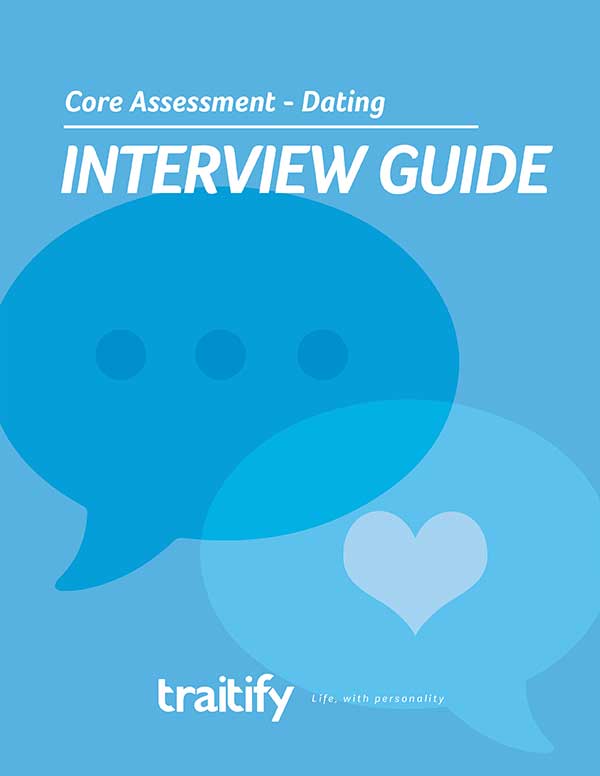